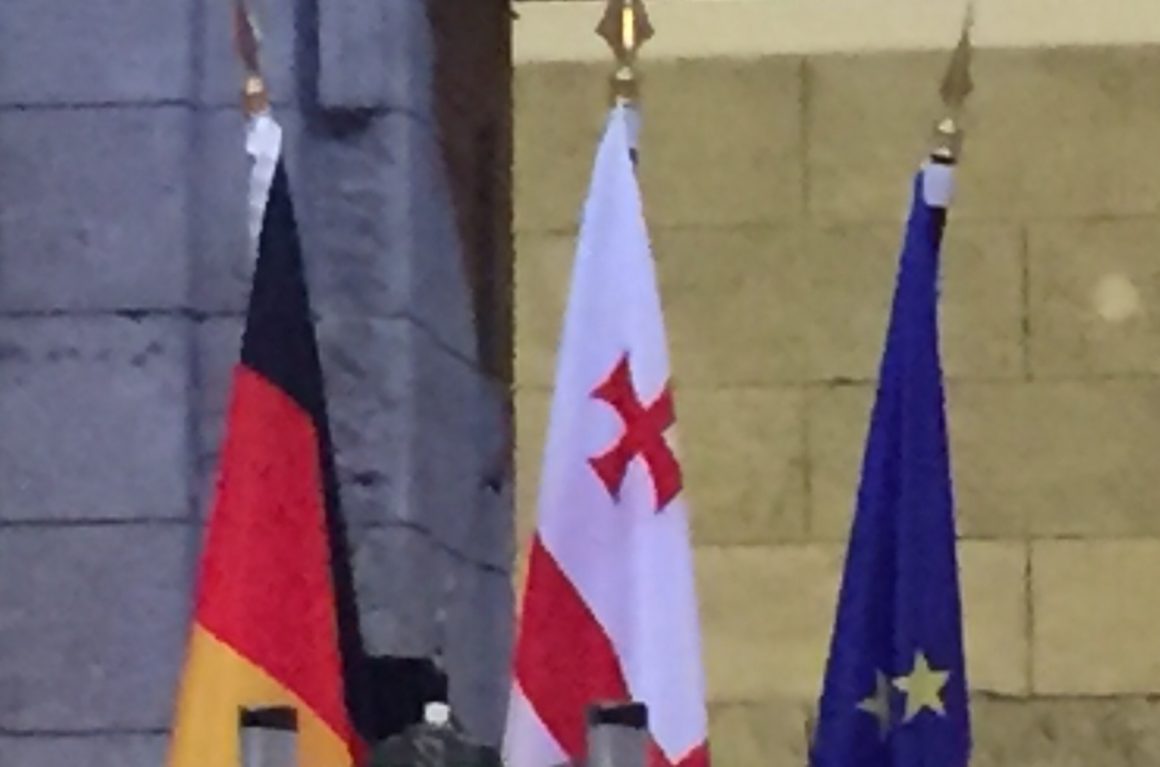 In April 2004 a most amazing event took place: The EU flag was risen on Rustavelli street, in front of a big state building.“What a dream!” and “crazy idea” was my reaction, walking along Rustavelli Street with a friend, watching. Now, in 2018, this dream has almost come true!

Shorty before, Michael Saakashvili had come to power, and had proclaimed to bring the country into the EU and into NATO. His dream has not come true.  But Georgia and Europe have moved much closer together, with an increasing number of values shared. Visa free Travel opening doors for many visitors, 8 Million in the past year.

100 years since the first founding of Georgia as a democratic state, back in 1918. Only three years later the Red Army moved in and occupied  the country. .A lot of changes have happened since then, resembling the change of powers in the region. Geopolitically, the Caucasus has always been in the midst of  interest of the surrounding big powers, Russia, Turkey, Iran and more.

The state reappeared after the collapse of the Soviet Union, in 1991, as an independent republic. Germany was the first country to recognize the newly re-born state, and to take up diplomatic relations.

On July 3, 2018  the new FM Mikheil Janelidze delivered a speech in Berlin, where he had his first visit abroad. He took the audience through the modern history of Georgia, since it’s independence, remaining that although the events were not always favorable, the strong will for independence, membership in the EU and closeness to NATO persisted, as well as the will to integrate into Euroatlanic structures.

Georgia is working on improvements and economic growth, making Georgia attractive to people on the other side of the occupation line, FM Janelidze stressed, “Georgia is going West. This is supported by 80 percent of the people” – was one of the quite remarkable sentences in the speech.

The situation in the Caucasus seems stable, but it is a stable instability. Careful politics and a lot of diplomacy are needed to keep it stable, and maybe one day hopefully improve it.

A stable Caucasus is needed to keep peace, and to connect to Central Asia. It is one of the three routes connecting Europe and China on the SILK ROAD.