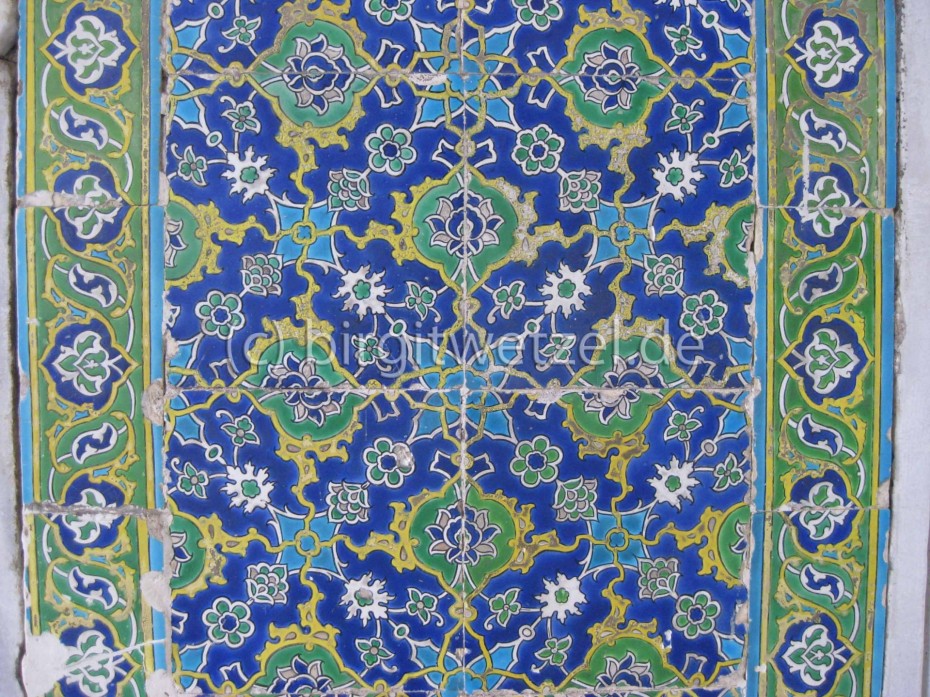 Can you reflect on your own culture? It is not easy to do, because you are a part of it. Artists have the gift to do both, to be inside it and to reflect on it.

Working about Central Asia, I just found an amazing statement by Saodat Ismailova from Tashkent, Uzbekistan.

On the whole, it seems that in cinematography as well as in contemporary art in the region, it is necessary to try to unite forces, at least partly. We need more joint regional projects, it seems to me that we supplement each other. I would like to see more collective exhibitions, meetings, discussions, and I believe it is essential to communicate and share ideas with colleagues from neighbouring countries, in order to see this impulse coming from inside the region rather than looking outside in search for inspiration.

She grew up in a traditional Uzbek family in Tashkent which kept the language and traditions . Born in 1981, she was a young girl of ten when the countries of Central Asia became in dependent. She experienced the struggle of the five countries in the first years, trying to keep up their independence as much as possible. Last fall she gave an interview, as a filmmaker and artist:

I began to go beyond the boundaries within which I thought my culture was defined, and in my mind, the Central Asian region has gradually merged into a whole. I have to thank my profession as an artist for this. Another reason I consider myself a Central Asian artist and filmmaker, is because I have filmed my videos in all the countries of the region, except Turkmenistan. I absolutely feel embedded within the culture and tradition whether my subject is related to Tajikistan or Kazakhstan. I have been attracted by the peaks of the Pamirs as well as by the endless Kyzylorda steppe. By filming and living through this diversity, I have realized the immense richness and uniqueness of the region.

This is Central Asia.

The whole interview can be found here.