It is new for Georgians to vote for their municipal representatives. For long, the tradition of representatives nominated by the head of state had been continued. Whoever led the state had good chances to expand und secure power that way, by nominating leaders of their own interest. After state elections last fall that changed: Georgians were surprized and impressed that elections would actually lead to a peaceful change. This time they felt sure, they knew, they have learned.

In April 2004 the flag of the EU was raised in Rustavelli street in front of the Tbilisi University, in the center of Tiblisi, for the first time. What an unusual sight it was at that time! Today it does not raise anybody´s attention. Yes, Georgia is moving closer to the EU and should be a member – some time sooner or later. That is in the interest of Georgia as well as in Europe´s interest, to secure sufficient energy for Europe´s needs.

I may add: Georgia is also a wonderful place for holidays – so far only very few know.

“For the first time in the history of independent Georgia, we all witnessed a truly democratic, free, and fair local self-government election,” the Prime Minister said in a statement. “The will of each and every voter was documented. The voice of each voter was protected. The election administration bodies carried out their activities in a commendable and independent manner, while the authorities never interfered with their work.

”I would like to express my sincere gratitude to every participant of this election; voters, first of all. I would like to thank all officials of the election administration, as well as candidates and observers,” Mr. Garibashvili said.

“In every city, district, and village, citizens themselves were in charge of deciding for whom they would vote,” he said. “This is extremely important, and this is why the second round is justifiable.  I understand that it may be held in a few districts, and we realize that it will [incur] extra costs, but I believe we will benefit much more by setting this precedent,” said the PM, referring to the new rules introduced by the government this year which raised the threshold for victory to 50%. “This precedent will undoubtedly promote the strengthening of our country and the consolidation of its democracy.”

For the first time, voters were directly electing mayors to lead Georgia’s 12 largest cities. Municipalities will also be keeping a share of income tax for local use. Similarly, agricultural lands will be transferred from central government to local self-government control, which will also support local economic and social development.

The vote is another important milestone in Georgia’s pro-European democracy, after last year’s presidential elections which international observers deemed free and fair. Georgia will sign an Association Agreement with the European Union on 27 June. 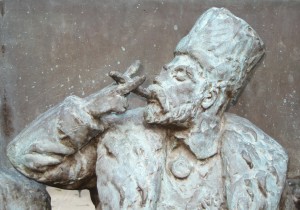