Reasons are not clear. Were there backstage actors? Influences from outside? Georgia is in the middle of conflicting interests of the great powers USA and Russia.

Original Statement: TBILISI, Georgia, 30 December 2015 – The Parliament of Georgia today confirmed Giorgi Kvirikashvili as the new Prime Minister through a confidence vote in the cabinet he put forward. The only newcomer to the cabinet is Foreign Minister Mikheil Janelidze. The new cabinet took office immediately following the vote. At a confirmation hearing, Kvirikashvili underscored that European and Euro-Atlantic integration efforts, with the eventual goals of EU and NATO membership, remain a major focus for the government. Kvirikashvili remarked, “We will establish Georgia’s image as a European country that serves as a vital link between Europe and Asia.” He indicated that economic development, encouraging an entrepreneurial spirit and alleviating the bureaucratic burden for businesses will be among the government’s top domestic priorities.

Over the past three years, Georgia has won international recognition for its progress in rule of law, human rights, and media freedom. In his previous roles as Foreign Minister and Economy Minister, Kvirikashvili spearheaded major initiatives to advance Georgia’s Euro-Atlantic and European integration, position Georgia as vital corridor connecting East and West on the new Silk Road, and make the country a more attractive destination for foreign direct investment. Kvirikashvili, 48, was appointed Foreign Minister on 1 September 2015 and previously served as Minister of Economy and Sustainable Development since the Georgian Dream Coalition came to power in October 2012. 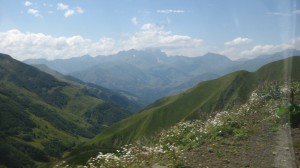