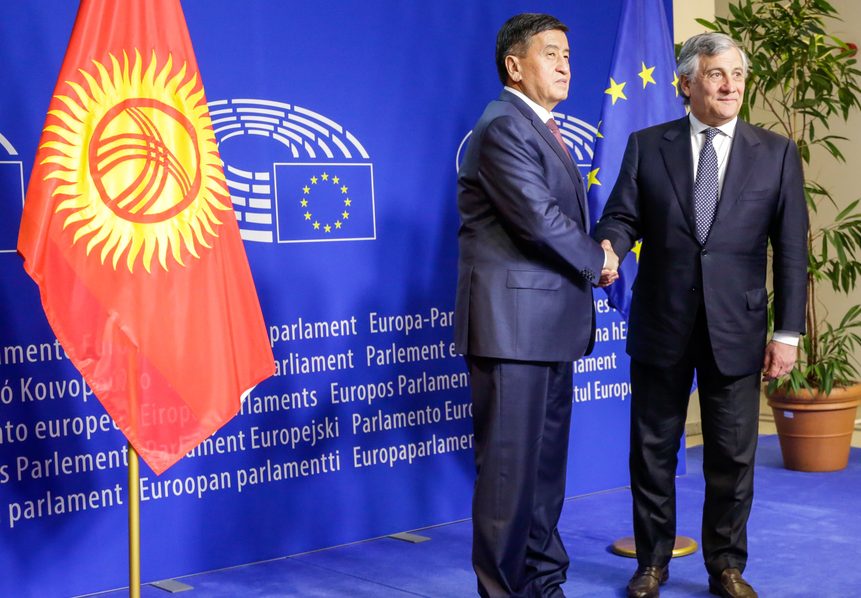 Recently, the Kyrgyz President Sooranbai Dscheenbekov visited the EU in Brussels. He came to Brussels as a neighbor – the EU considers Central Asia its neighborhood.

The EU is interested in the developments in Central Asia, in keeping peace and stability, and in supporting the region on its way to democratization. This commitment was pronounced in the UN conference for Stability and Sustainability in Samarkand, Uzbekistan, on November 10./11. 2017. Common goals and common threats were stressed, among which extremist terror will be a most pressing one.

The EU is small actor out of several big power interested in having influence in Central Asia. There is the big neighbor China, a direct neighbor to Kyrgyzstan in the east, there is Russia, north of all of Kazakhstan, and there is Turkey – not a direct neighbor, but with a lot of common culture with Central Asia, and quite strong, just to name the most influential. I would hope that the region can find one strong voice for itself, for bring out its own interests.

You can wonder, why the EU would be engaged in Central Asia. The EU has a number of years of experience in regional cooperation. Kyrgyzstan is a far, but at the same time a close neighbor. Common international efforts will have to be made to meet the challenges of the region, especially to fight extremist terror. The EU supports several projects in Kyrgyzstan to support the safety and the sustainabitily of the country; one of them is Safe Schools for Kyrgyzstan.

More about the PROJECT