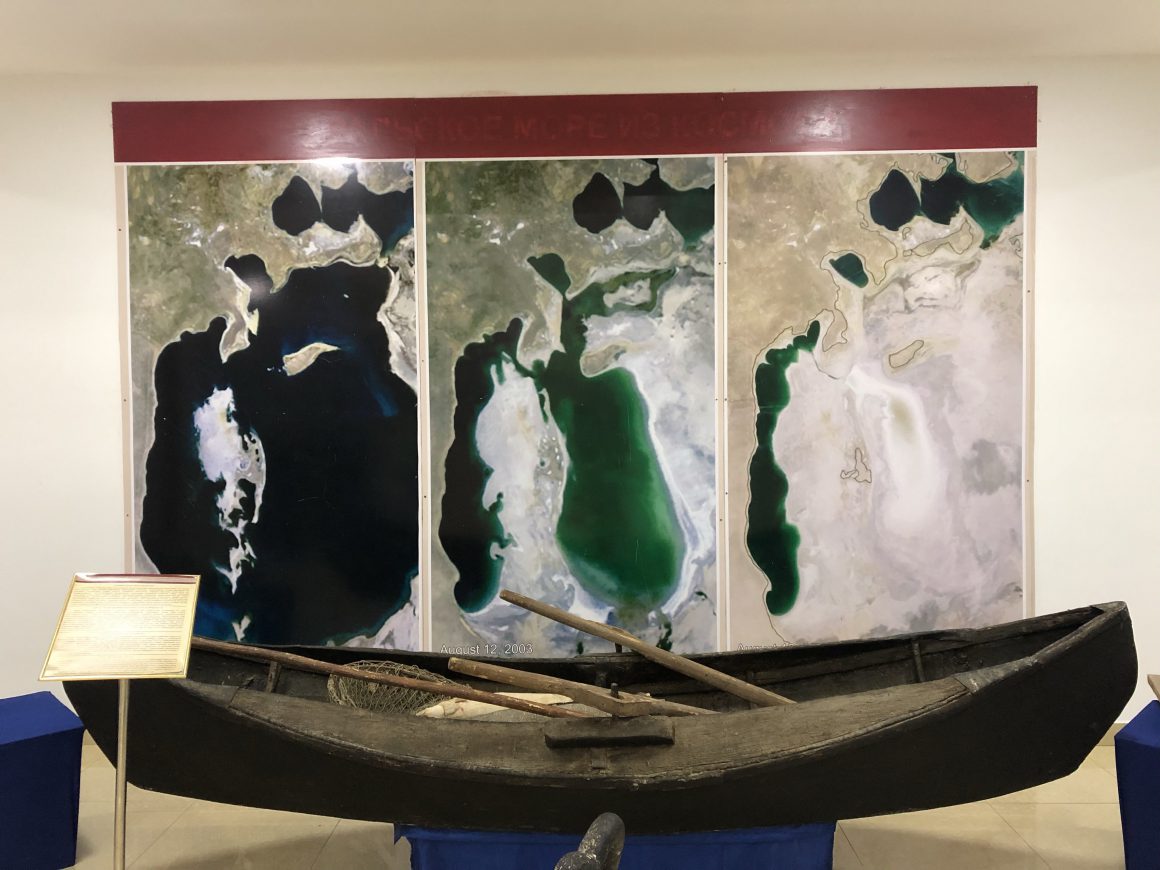 ARAL SEA REGION –  Zone of Environmental Innovations and Technologies: This is the motto for changing a desaster into an area of hope.

Sillcon Valley and Las Vegas – Entrepreneurship, creativity and a good portion of phantasy are needed for the Aral Sea. It is huge job. The water is gone, the people remain and they want to stay. What can be done?

A UN conference took place in Nukus, Uzbekistan, October 25, 2019. It was aiming at bringing out information from experts, politicians and other actors, to bring them to the site and to provide them with information. Some went by helicopter, most by bus. From above, it was a most impressive scene: An area as big as Bavaria, the bed fo the Aral Sea, was dried out and deserted. A thin layer of salt covers large areas. In the desert, rusty ships, some next to a village, others in the middle of nowhere. There are villages that used to be the home of many, but no one today. 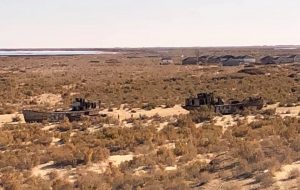 „Where I am standing now, the water was 23 meters deep“ a resident explains, „ that was thirty years ago.“ Below his feet is nothing but sand. Sand is all around him, and even in the far horizon there is nothing but sand. It need s a lot of imagination to picture the scene of someone swimming here. He speaks about the villages, fishermen and people living on the shores of the lake.

Huge efforts have been made by the local population: Together with experts, they planted Seoul, a special plant whose roots can reach down more than 1,5 meters in the ground, where they can reach some water. Long narrow lines mark huge plantations, signs of hope. Hardly any green has appeared, but hope has come back to the region. A small museum in Moynak, shows paintings of former times, when fisher men’s boats crossed the sea. Another room show the pictures taken when planting, in hot summers and in cold winters.
Now, in some areas, very small bushes have started to grow. It is a desperate attempt to turn the desert into fertile ground. But much more is needed.
From time to time, sand storms blow across the open desert, carrying with them salt and toxic gases that have developed below the surface. Where they blow all surroundings are enveloped into a thick yellowish fog, laming all activities.

The situation developed over many years. In the 1960—ies the whole area was still covered with water. Two rivers continuously fed the Aral Sea with fresh water. But as more and more cotton was grown in Uzbekistan, more and more water was needed for the fields. Less and less water arrived at the Aral Sea. Nobody really paid much attention to the sinking water level until the drama developed its full scene.
But even then, it took several years until measures were discussed and new plans made. For many years, Uzbekistan pursued a policy of self-isolation. In 2016, when President, Shavkat Mirziyoyev took office, he changed politics and opened the country for its neighbors and the international community.

Regional politics started in 2017, moving the Aral Sea disaster to a top priority of the agenda of the five states of Central Asia. Now not only Uzbekistan and Kazakhstan share the burden to bring life back to the region. but the effort are joint efforts with the United Nations!

With the help of big and international organizations, such as UN, UNDP, EU and more, the government of Uzbekistan has opened the curtain wide, giving an open view on the full scene of the tragedy. It called the international community to come to Moynak to see with their own eyes that well coordinated action is needed. 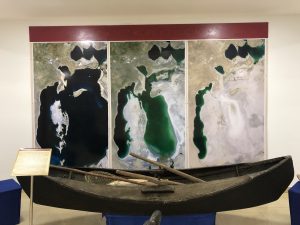