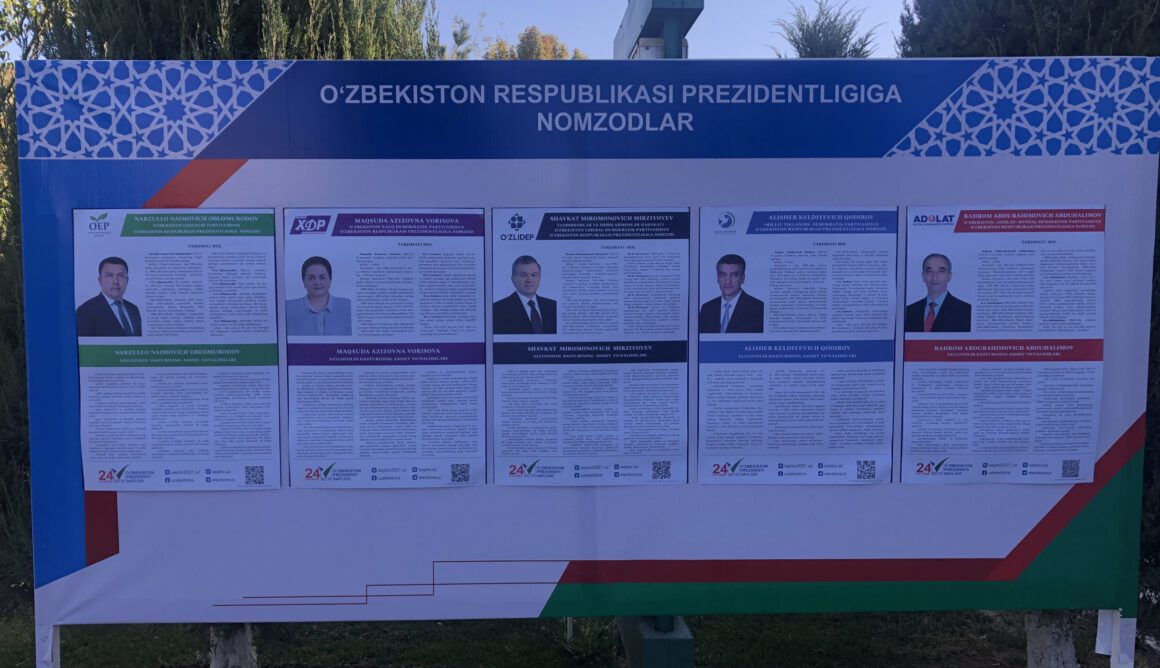 Last week, the President of Uzbekistan, Shavkat Mirziyoyev, was re-elected for another term of five years. The elections on October 24 confirmed the President, who has reached great achievements for his country. After long years of still stand, he has managed to bring dynamics back to Uzbekistan. Since the independence in 1991, the country had a difficult way to go.  As all post soviet countries, Uzbekistan had been closely interconnected in its economy with other states of the Soviet Empire. Therefore, it was a hard struggle to reach independence.

Since 2016, the President has achieved great recognition, nationally and internationally. He managed to create a friendly atmoshere with all neighbors, he introduced great changes for the transition to market economy, he introduced great efforts to catch up with modern education and with international contacts. He gave several speeches at the UN meetings, hi-lighting the changes in the country that were taking place. Child and forced labor in nthe cotton harvest were stopped, and ILO approved, giving Uzbekistan the change to enter Western markets. Rights of youth were insured, and many more.

The elections took place with great transparency. I had the chance to visit several voting offices in Termez, right at the border to Afghanistan. I had a good impression of all voting offices I visited. People were open to explain all procedures, no question remained unanswered.

The outcome of the elections were not surprizing, since so much has been done and achieved in the past five years. People can see and feel how life has changed for the better, year by year. An interesting fact is that the President gained 80 percent of the votes, meaning that he lost 5 % in comparison to last elections. This is a good signal, because it means that there are chances also for other parties, and it was the first time, that a woman was among the candidates. So, the President was approved to continue with his politics, with reconciliations with the neighbors, with international contacts, and with the program that he outlined for the coming five years.