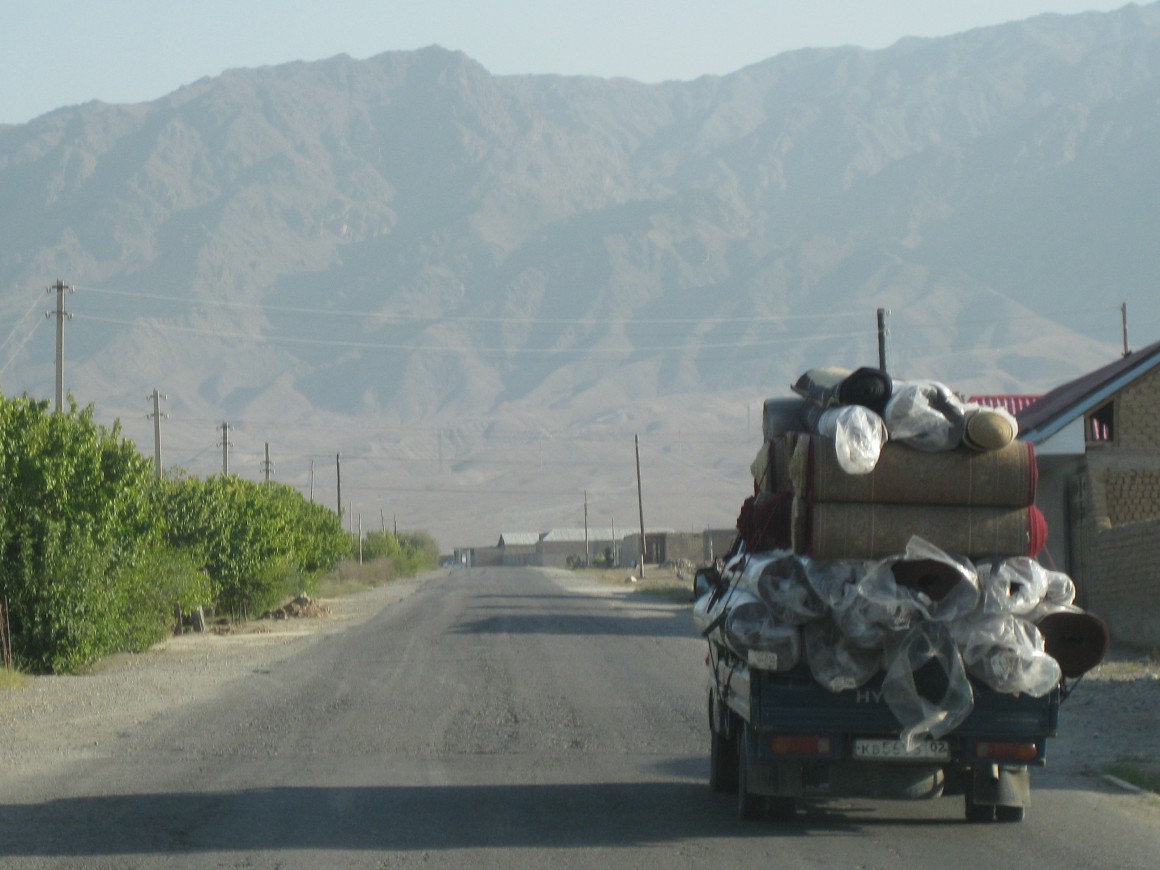 It was a local border conflict, but the consequences were severe: More than 40 Kyrgyz citizens were killed, 17 houses destroyed, 2 restaurants and 7 gasoline stations. People from Tajikistan invaded three villages in the South of Kyrgyzstan. It was almost a war, local citizens report.

This happened last week. By now, fighting has stopped. Russian President Putin had offered to mediate. But instead, the regional conflict could be solved in the region. Kazakh President Qassym-Schomart Toqajew could move both sides to agree on peace.

It seems unclear what caused the conflict. A fact is, that both countries, in the very East of Central Asia and bordering China, are small mountain states with borders that are difficult to control. Both countries have a lot in common, but there are great differences in style of living, wealth and politics. Kyrgyzstan is a free state with an open society, with open media and a dynamic political scenery. In Tadjikistan, it is quite the opposite. Not much more needs to be said.

The borders between the two states were were closed for many years. The developmens in Central Asia in the past five years, driven by the Presidents of Uzbekistan and Kazakhstan, have established regional cooperation between the five States (Kazakhstan, Kyrgyzstan, Tajikistan, Turkmenistan, Uzbekistan), and Afghanistan, agreed by all 5+1. Due to to the initiative by the Uzbek President Shavkat Mirziyoyev, most borders of the States were opened, after many years. For economic progress, open borders are a prerequisite for regional trade.

The intertwined borders in the very East of Central Asia, and old time isolation seperated lives and routes for trade. So, an opening, a demarkation and exchange of territory make sense. But there may have been some disputes about it. Some sources say it was about free access to scarce water, some see the dispute originating from the top level, the Tajik dictator Rahmon wanting to divert people from the situatiion in the poor state.

It should be mentioned, that also lack of education and lack of access to unbiased information added to the conflict – uneducated people are easily manipulated. Reports in social media state that local journalists in Tajikistan were denied access to the conflct zone over the coverage of the border conflict, and they face severe government restrictions doing their work, which makes it very difficult to do good reporting.

The tragic conflict, terrible as it was and is, could be solved in the region and with regional cooperation –  a good sign.