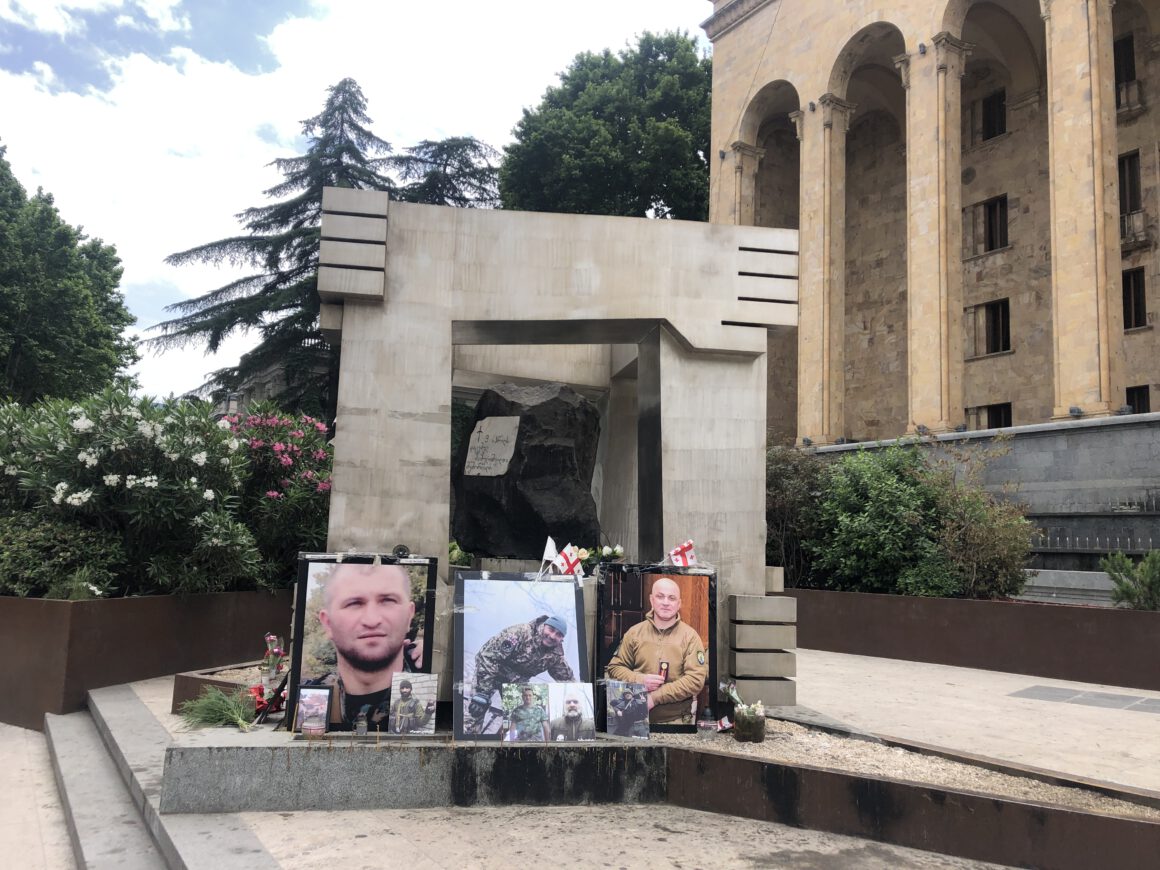 There is no sign of a confrontation of NATO and Russian forces at the border of Luhansk and Donetsk, which Russia now considers its territory. NATO countries make sure to avoid this szenario. NATO only delivers weapons to Ukraine for self defence.

In the tv show, the debating partner from Russia mentioned the current situation as a meeting of Russian and NATO forces. But the names and people of those who are fighting in Ukraine are volunteers, who are supporting Ukraine in its fight for indepence, and in the defence of its territory. They are not NATO forces.

Quite a few Georgians are fighting in Ukraine, supporting Ukraine in its self defence. Georgians have a deep understanding of the situation. „We feel with Ukraine. We had a similar situation in our country in 2008, when Russia invaded Georgia. Now, we feel like we are in a war with Ukraine“ they told me last summer.